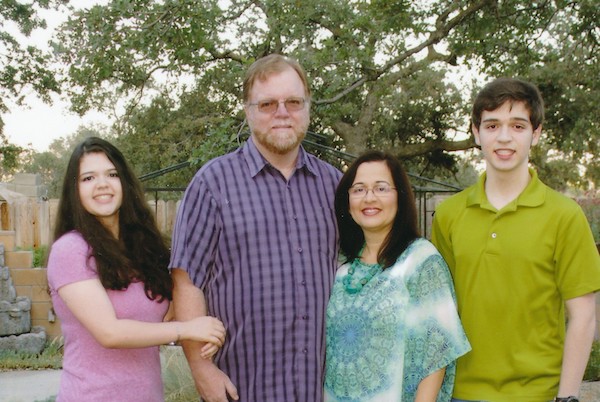 The Lord out of His abundant grace and mercy saved me in October of 1979. I had been raised in a Roman Catholic home having gone to church sporadically growing up. I remember riding my bicycle to church with a next door neighbor for a period of time while in high school. In August of 1979, I began studying at Eastern Michigan University. I had wanted to live in the international dormitory because I wanted to keep up with the Spanish language as I had lived in Mexico only months before as an exchange student. In God’s sovereignty, He placed me with a Chinese Christian roommate who also knew Spanish. From the first day I arrived to live in the dorms, he began to share the gospel with me.

At that point I found that what he was telling me concerning the death, burial and resurrection of Jesus Christ wasn’t anything I had not heard before. However, I began to realize that he had a relationship with God that I didn’t have. As I watched him pray before meals, read his Bible and pray in the evenings, I became aware that there was much more to the Christian faith than what I had experienced before. At the same time that he was witnessing to me the gospel, I was also getting to know some people in a fraternity on campus who were encouraging my involvement and inviting me to their social gatherings. As I went to the frat parties, I quickly realized that I was living a life of sin and needed Christ’s forgiveness. It was for my birthday in the third week of October that my roommate gave me a Bible. I started reading it comparing what I had been raised believing with the Word of God. At the end of October, I had such an overwhelming conviction of my sin that alone in the dorm room I asked Jesus to forgive me and receive me as His child. I was aware that it would cost me my friends as they were bad influences on me. In spite of the fact that I had formally pledged the fraternity and was accepted as a frat brother, one week later, right after becoming a Christian, I never went back to any of the fraternity meetings.

Immediately I began to meet Christians on campus who encouraged me to attend a Christian organization which I was in involved in throughout the years I studied at Eastern Michigan University. Meanwhile, I continued attending the Catholic Church for a year as I read the Bible and compared what it taught with what the Roman Catholic Church taught. In 1980, I began attending evangelical churches where I was taught the Word of God.

After graduating from college in 1983, I sought formal biblical studies by attending The Master’s Theological Seminary in Panorama City California. I studied there from 1985-1988. After seminary, I served the Lord as a Bible counselor for 2 years and then as an associate pastor for 2 ½ years. Since then, I have served the Lord by teaching at Christian schools and colleges for more than 13 years.

I am so grateful that God would rescue me from my sin and take me as His child. It is my interest to love, honor, glorify and serve my Creator who is forming me into the image of His Son, the Lord Jesus Christ.