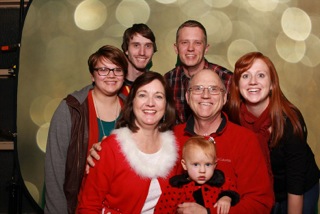 I was raised in a home that believed that being an American and being a Christian were one and the same. I could probably count on one hand the number of times I had gone to church as a kid. I grew up feeling like I was always on the fringe of the in- crowd. Nothing helped the emptiness I felt inside.

I went to Loma Linda University on the La Sierra Campus for undergraduate studies and began learning about Christ in classes and in all the services I had to attend. One evening on the steps of a building overlooking the Riverside lights, I asked Jesus to forgive my sins and be my Lord and Savior. Looking back I see several instances God used to draw me to Himself. My only week of ever going to camp was to a Christian camp in the 3rd grade. A friend inviting me to a home bible study in high school and how different and at peace and full of joy they seemed. A Gideon Bible given to me at California Boy’s State in 1977 in which I had signed the back commitment prayer.

As a new Christian, I met Sandy at college and became a Southern Baptist like her. I was baptized by immersion at Temple Baptist Church in Redlands in 1982. We were married in 1983, and later finished dental school and joined the Air Force for a three year tour in Phoenix. While there, I was ordained as a deacon at 1st Southern Baptist Church of Phoenix. We moved back to Sandy’s hometown of Ridgecrest in 1989 where I served as deacon at Immanuel Baptist Church until becoming a part of  the Ridgecrest Reformed Baptist Fellowship in 2003.  I feel blessed to have grown during these last 10 years at RRBC/Cornerstone and enjoy serving the body of Christ as a deacon and treasurer.

I thank God that the emptiness inside that I felt as a youth was filled to over flowing by the Grace of God through Jesus my Savior.