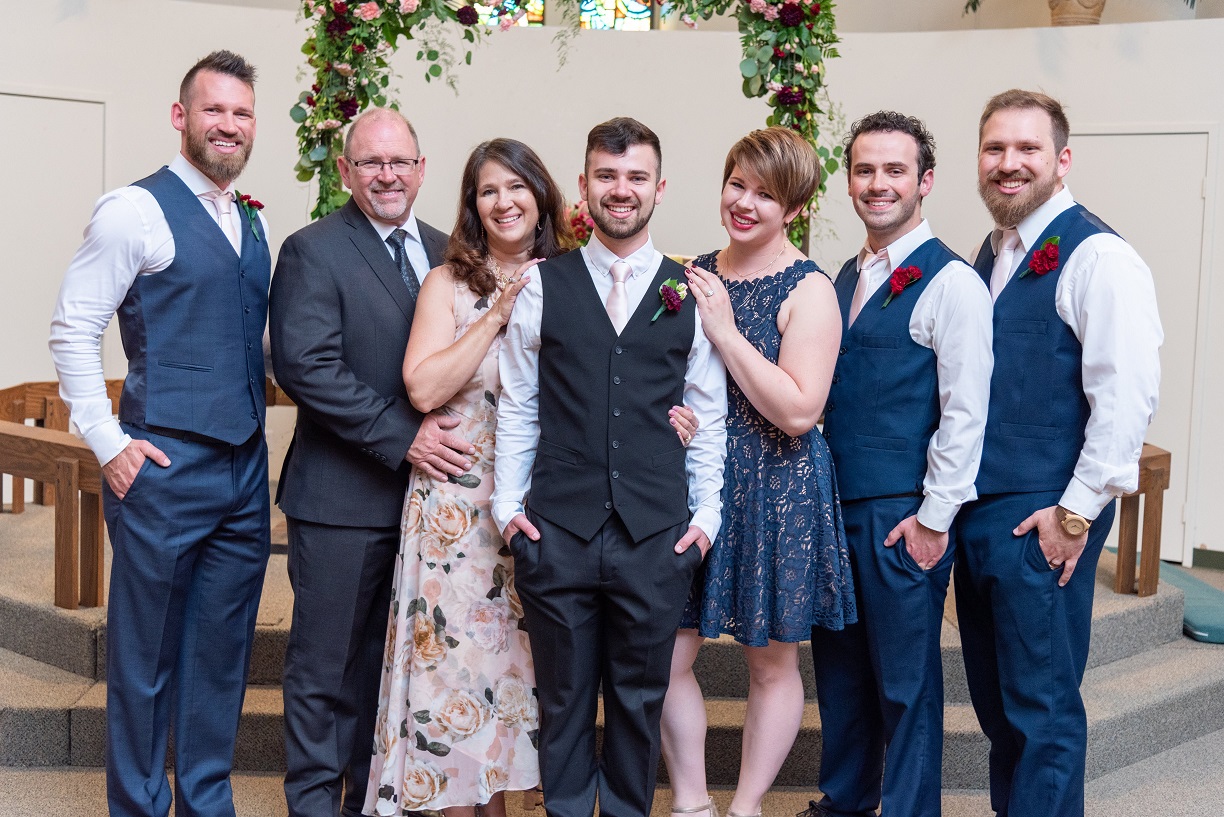 I was born on January 7, 1964 in Fullerton, CA.  I was the youngest of four children.  My family occasionally attended a Lutheran church near our home in Anaheim.  When I was in junior high school, I attended Lutheran catechism classes for three years leading up to my “confirmation.”  I am thankful for my parents and all that they did for me growing up, but I was never taught about sin or what salvation through faith in Jesus Christ meant.  When I was confirmed in the Lutheran Church, I was dead in trespasses and sins; I loved my sinful lifestyle; and I did not understand the gospel.

A very important event occurred during my childhood years: I met my future wife, Denise (then Denise Gierman).  Denise’s family moved into a house across the street from my house when I was 11 and she was 10 years old.  I was attracted to her from the first time I saw her.  I am very thankful that about 10 years later, in the providence of God, she became my wife.

Just before we got married, Denise and I were attending church at a Church of God congregation in Anaheim.  While attending that church, I responded to several “altar calls;” I was baptized; I became a member; and I tried to speak in tongues.  Compared to my Lutheran childhood, I was more exposed to the Bible and genuine examples of sincere, personal faith in Christ during my Church of God experience.  But, I was still dead in my trespasses and sins and committed to my sinful lifestyle.  I still did not grasp the gospel.

After we got married, we moved to Corona, CA.  We joined a Baptist church where we were members for about 3 years.  I was very sporadic in my church attendance.  I was more interested in watching football and baseball on TV than attending church on Sundays.  Also, even though I was a member of the church and taught 5th & 6th grade Sunday school, I continued to practice sin.  I did not know that faith in Christ meant freedom from the bondage of sin.  This was a biblical truth that I do not recall ever hearing in our Baptist church; but even if I had heard it, my heart was too wicked and enslaved to sin to embrace it.

After it was disclosed that the assistant pastor of our church had engaged in adulterous affairs with six women, we decided to look for another church.  Based on the recommendation of a neighbor, we visited Riverside Bible Church on a Sunday in September 1990.  The first time we visited, I remember getting angrier and angrier as we seemed to drive forever to get to the church (RBC was located approximately 25 minutes from our home in south Corona).  I was angry because our former church was within 10 minutes of our home and I thought we must have passed 100 churches by the time we drove all the way to RBC.  Anyway, after we arrived and the service started, we both quickly realized that we had never before experienced anything like it: Pastor Steve Hartland actually opened the Bible, explained the meaning of the passage, and made real-life applications that flowed from the text.  His preaching was rational, coherent, understandable, and yet very passionate.

In addition, the associate pastor at the time, Daniel Warda (now my fellow elder), did a Bible study in our neighborhood.  At first, I was resistant, but I was impressed with Daniel's knowledge of the Bible and his ability to answer my questions straight from the Bible.  As I continued to sit under the faithful preaching of God’s word and the personal discipleship of Daniel Warda, I embraced the message that sinners are justified by faith in Christ alone, but saving faith is never alone; it is always accompanied by the fruit of obedience to the word of Christ.  After several months, I noticed that areas of sin that used to have me in bondage no longer had controlling power in my life.  My language changed; I wanted to go to church and be with God’s people; I began to regularly read my Bible; and my marriage began to improve.  I realized that this was because I had only recently been born again by the Spirit of God.  I was baptized in 1991 and added to the membership of the church.

Pastor Hartland took me under his wing and recommended solid Reformed books for me to read.  So, in addition to regularly reading the Bible, I was reading A.W. Pink, John MacArthur, J.I. Packer, Walter Chantry, C.H. Spurgeon, and others.  I readily embraced the Reformed faith because I saw that it correlated so well with what I was reading in the Bible.  As time went on, I began to teach the adult Sunday school class and preach.  Pastor Hartland began to formally train me for the ministry, working through modules in Systematic Theology, Pastoral Theology, and New Testament Greek.  By 1995, through Pastor Hartland’s leadership, our church reconstituted as the Reformed Baptist Church of Riverside.  But after laboring for 10 years in Riverside, Pastor Hartland accepted a call to pastor in his native Maryland.  Pastor Robert Elliott came from Scotland to become our pastor.  After a period of time getting establishing in our church, Pastor Elliott picked up my theological training where Pastor Hartland left off.  In July 1998, I was ordained as an elder in our church.

I believe that the Lord’s gracious dealings with me throughout my life serve to illustrate the words of the Apostle Paul: “By the grace of God I am what I am” (1 Corinthians 15:10).

It has been rewarding and humbling for me to be involved in the Lord's work in Ridgecrest.  It has been proven to me over and over again that "unless the Lord builds the house, those who build it labor in vain" (Psalm 127:1).  I am grateful to be a part of a body of believers who are committed to the authority of the Bible in the life of the church as well as in their own personal lives.  Soli Deo Gloria.